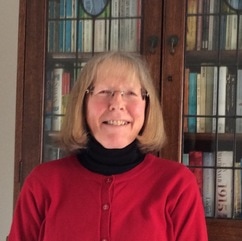 I was born in Surrey and with my family migrated to North Yorkshire. We had a harsh introduction to the North. It was a bitterly cold winter with deep snow falls that lay for months, followed by severe gales that uprooted trees and blew many roofs off. Added to that we had difficulty understanding the Yorkshire accent and dialect words - "stop tha laking about", (stop messing about) and "hard lines luv", (tough luck). Where were  those hard lines?  As a nine year old I looked about me but never did find them. Eventually our ears attuned to the new speech  patterns and we acclimatised to our new home.

​I spent most of my life in Yorkshire, at school and university. For some years I worked in industry as a P.A. to financial directors. I can't imagine how I fell into that. If it's any number over ten I have to take my socks off. But somehow I survived and then decided to further my education and study to be a primary school teacher at Leeds. I majored in English and Drama and also had to take minor courses in Art, Music, P.E., and suchlike.  Imagine having to don gym skirt and aertex shirt in your twenties and galumph around being a tree? I will draw a veil over the rest.

In due course I discovered that I wasn't the best person to teach little ones and found I was far better at teaching adults with learning difficulties. I spent many wonderful years working in small residential homes and would probably be there still, only Mr. Right came along and a few years later we bought a smallholding up in the Durham Dales.

That was the start of an interesting period in our lives, renovating an old farmhouse and establishing a smallholding. It was a beautiful, magical place. Perched three-quarters of the way up a fellside with majestic views of the dale. We grew our own produce and raided the hedgerows for fruit for jams and chutneys and made a variety of wines. We could have accounted for a European wine lake singlehandedly. But eventually, the north-east cold got into my bones and I yearned for a better climate.

So we moved to south-west France. Again, we renovated an old farmhouse and ran a smalholding and a very productive fruit and vegetable garden. We enjoyed socialising with our French neighbours and made some wonderful friends. We loved the local French markets and wine buying trips down through southern France.The weather was wonderful and I loved being there. But ..  we felt the pull of home and eventually returned to the U.K., moving to south-west Scotland.

We lived a couple of miles away from Scotland's national Book Town, a lovely little place called Wigtown, packed with bookshop/cafés, writers and artists. I joined the local writers group and made many friends. No matter how serious the topic we were called to write about, somehow my work always ended up in comedy. Eventually the penny dropped and I opted for comedy full-time.

Eleven years on and three romantic comedy books later, we have now moved to a small village on the North Yorkshire coast. I enjoyed living in south-west Scotland, but the commute to see family in Yorkshire proved too much.  It is lovely to be back home. I think I've dunroamin and Book 3 in the 'Cafe Paradise' trilogy is completed. 'The Inheritance' is now available on Amazon, ebooks and can be ordered from bookshops.

My 2018 book is a bit of a departure as it's not a novel, but a compilation of some of my blogs from the last few years. 'Tales From The Yorkshire Wolds' subtitled 'Einstein Never Had This Problem' is a book of humorous stories and musings on our life and various disasters that occur to us in Scotland and North Yorkshire. It is available on Amazon as an ebook or paperback or can be ordered from bookshops.

In 2021 I will be making a belated start on a new romantic comedy, 'Walking Bertie', a story of love, loss, deception and revenge with a whole cast of new characters as lovable and exasperating as any encountered in 'Café Paradise. All being well and if the plot and characters don't tie me in knots too much,  it will be out by the end of the year. A footnote to this one, dear reader - 'Walking Bertie' and 'Aunt Mildred's Millions'  have been put on hold as whilst I work on a series of children's stories - some coming out in 2023. 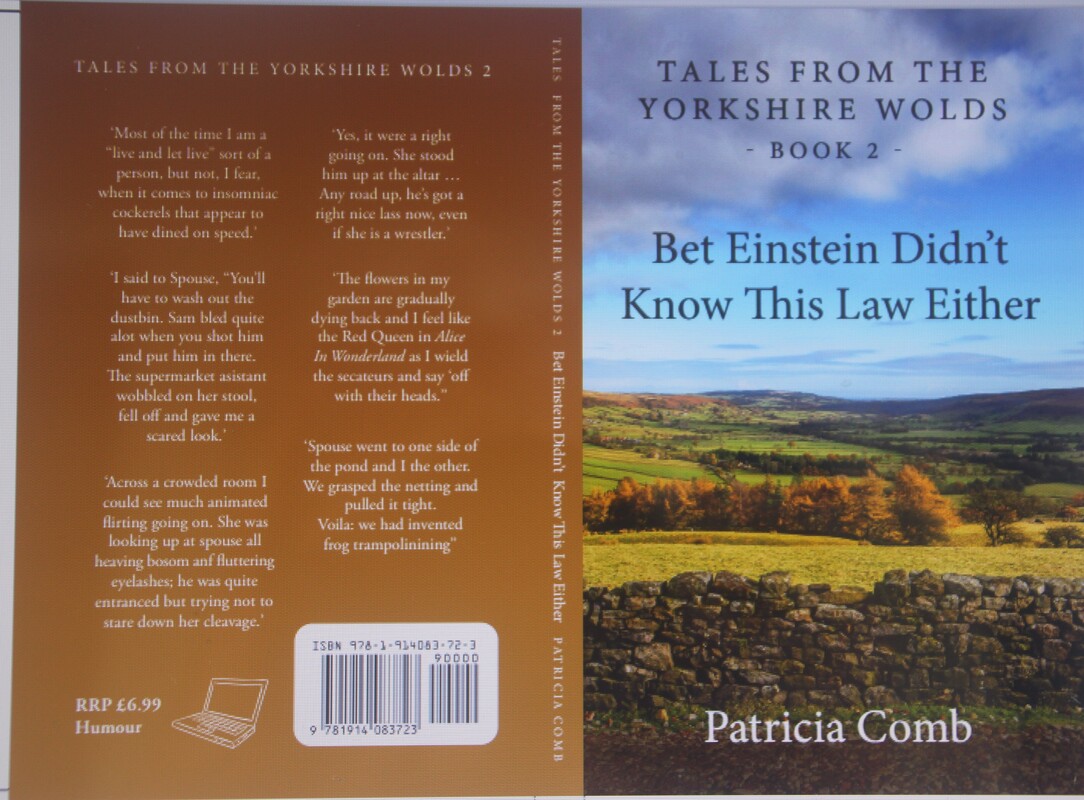